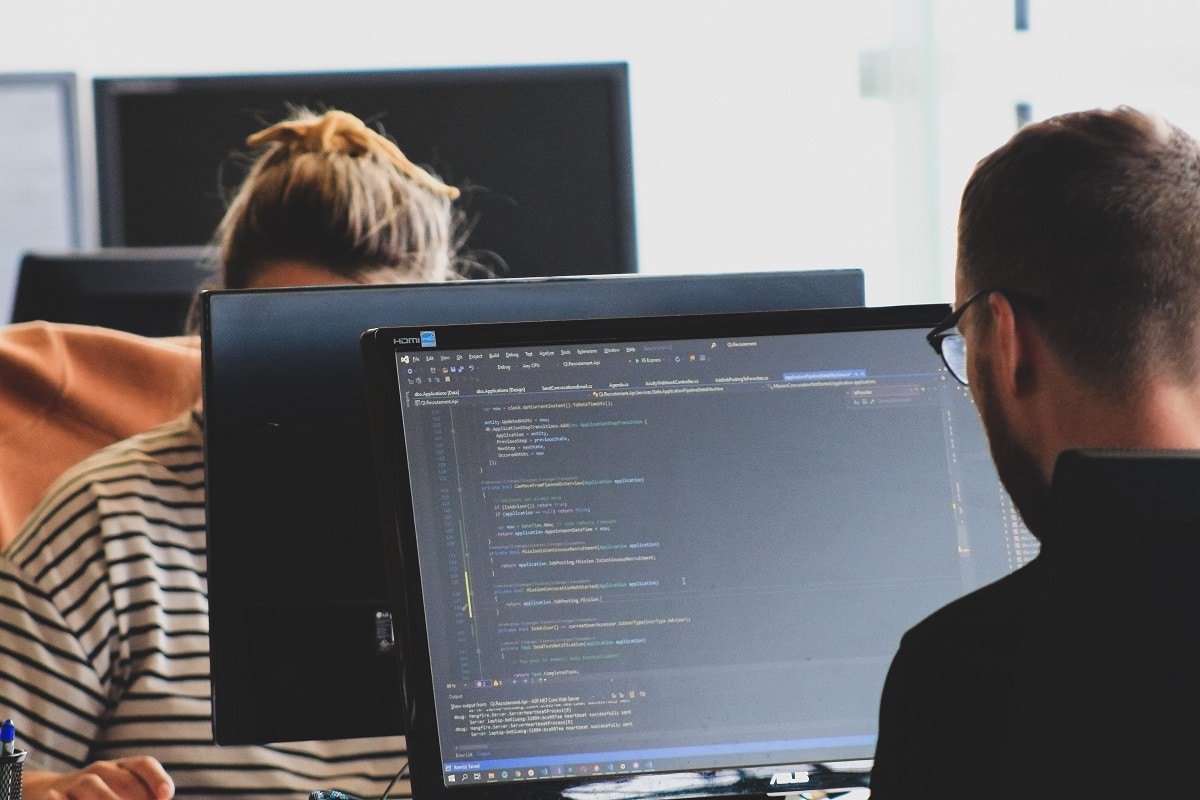 How To Become a Software Developer & Pursue a Career in Tech

Software developers visualize, design, and build both applications and systems that allow us to connect with one another, that educate us, provide us with entertainment, and allow us to perform a wide variety of work-related tasks.

The world has become highly technologically advanced and it doesn’t seem like these advancements will be slowing anytime soon. Therefore, a career as a software developer is highly desirable. Not only are there ample opportunities for employment and growth, but working as a software developer also has the potential to be quite lucrative.

Whether you’re just starting out in the working world or you’re looking to start over and make a change in your career, if you’re seeking an in-demand job that pays well and that can offer several benefits, becoming a developer would be an excellent choice.

Below, you’ll learn more about this profession, including what working in this field entails and how to go about obtaining the education, skills, and qualifications that are necessary to obtain a career as a developer. 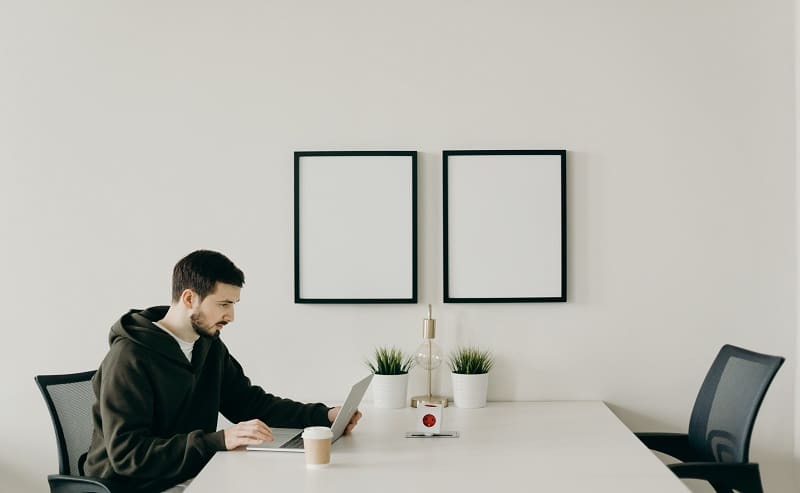 A software developer is a professional who is responsible for making computers, smartphones, tablets, and other forms of technology do what it is that they do. These professionals use various programming languages to research, design, and develop software and applications.

In addition to creating these programs, developers also test the software that they design and create to ensure that it works properly. Once a project is completed and goes live, the software developer monitors for any issues and detects and corrects any problems that may arise, such as bugs, refactoring old code, making necessary updates, and more.

As mentioned, software developers are in high demand. According to the Bureau of Labor Statistics (BLS) software developer employment is projected to be 25 percent in the ten-year period between 2021 and 2031, which is much faster than the average growth rate among professions.

As the BLS data illustrates, software development is certainly a growth field. Given the fact that these positions generally pay well and that there are ample opportunities for employment – and those opportunities are expected to continue for the foreseeable future – it’s easy to see why working as a software developer is so appealing.

What Skills Do Software Developers Need?

There are several skills that software developers should have in order to perform the duties that this job requires, appeal to employers, and increase the likelihood of obtaining employment. These professions need to have both technical and soft skills.

Technical skills refer to those skills that will be used to design, create, and build programs and applications, while soft skills are the skills that are used to effectively collaborate with colleagues both within and outside of the department you will be working for.

The following is an overview of the technical and soft skills that software developers should have:

No matter their specific roles, software developers have to be familiar with the following:

In addition to these technical skills, software developers should also be highly proficient in various programming languages, such as Java and Python. The specific languages that a software developer will require depend on his or her specializaption.

However, frameworks and libraries can be used to expand the utility of most programming languages.

The following are some examples:

How to Acquire the Skills and Knowledge that Software Developers Require 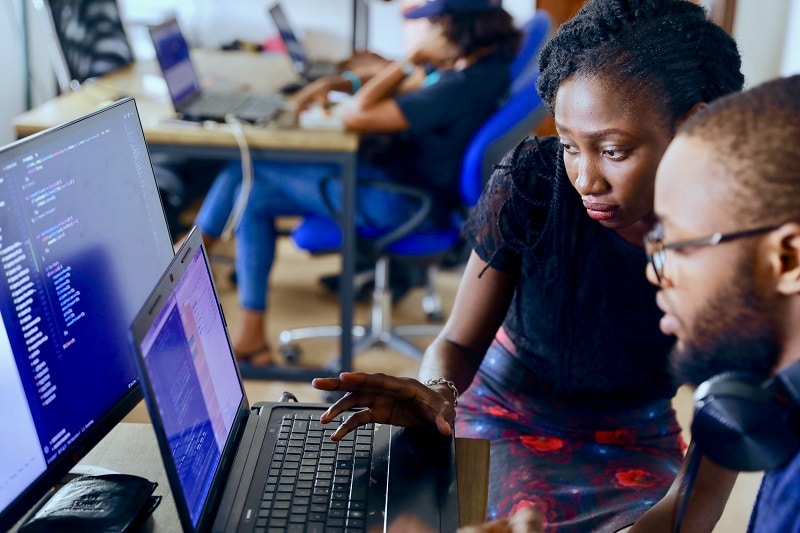 There are several ways to become a software developer. While some types of developers and jobs do require a college degree or certification, many do not. In fact, a lot of people who are working as software developers have either transitioned into the career from a completely different field.

Alternatively, they might be fully self-taught, meaning that they taught themselves the necessary skills. With that said, the following are some of the different ways that you can acquire the knowledge and skills that are necessary to obtain a career as a software developer.

You could attend college to attain the knowledge, skills, and hands-on experience that a job as a software developer requires. Completing a degree program is an excellent way to learn a wealth of invaluable information; plus, a college degree can signal to prospective employers know that you have received the necessary training that this field requires.

A degree in computer science would be advantageous for a career in software development. This degree combines math, science, and engineering to examine and create software, networks, computers, and more.

You could also obtain a degree in software engineering. This program focuses on developing technical skills, such as designing, building, and making use of software.

You could also obtain a degree in information technology. Major studies in this degree program include learning to develop networks, databases, web applications, computer systems, and much more. Information technology majors also study the hardware that’s necessary for digital processes.

In lieu of college, if you are interested in becoming a software developer, you could complete a coding boot camp. There are numerous freelance coding classes that are offered both in-person and online. Typically, schedules are flexible, and the boot camps are relatively short.

Through these programs, you can acquire a wealth of information and skills. To find coding boot camp classes in your area, check online; there’s no doubt that you’ll find numerous options to choose from.

Many prominent and highly successful software developers are self-taught. In other words, they didn’t attend college or complete coding classes, but rather, they taught themselves the knowledge and skills that programming requires. If you have the drive to do it on your own, teaching yourself is certainly a viable option.

There are loads of online tutorials available, some that require a fee and some that are free of charge. Udemy and YouTube are two great resources to consider. You can also check out GitHub, which is a website that encourages those who are aspiring to become developers and well-established developers to collaborate and share open-source code with one another.

There’s the potential to view a variety of projects on GitHub, and you might also have the chance to see real coding in action and in real time.

Another invaluable website for self-taught developers is Stack Overflow.

This question-answer website allows anyone in the field of software development, no matter their experience level, to ask and answer questions and help one another navigate problems; for example, if you’re struggling with an issue with beginner JAVA or you have an advanced question related to UX, you can find the answers you seek on Stack Overflow.

Once you have the skills, it’s time to apply for a job. Many companies hire developers. To get a job, you usually have to follow this process.

Many big companies like Amazon and Google have their own personalized skills tests. Other companies may use a generic coding test such as the Accenture Assessment Test. You can test your skills and prepare for this through online practice materials.

Our favorite resource is Job Test Prep, which has tailored practice tests for the Accenture Assessment. You can also practice for the Amazon SDE test here or the Google Software Engineer Test here.

Whatever stage you are at in your Software Engineer career, the next step is waiting. Good Luck.