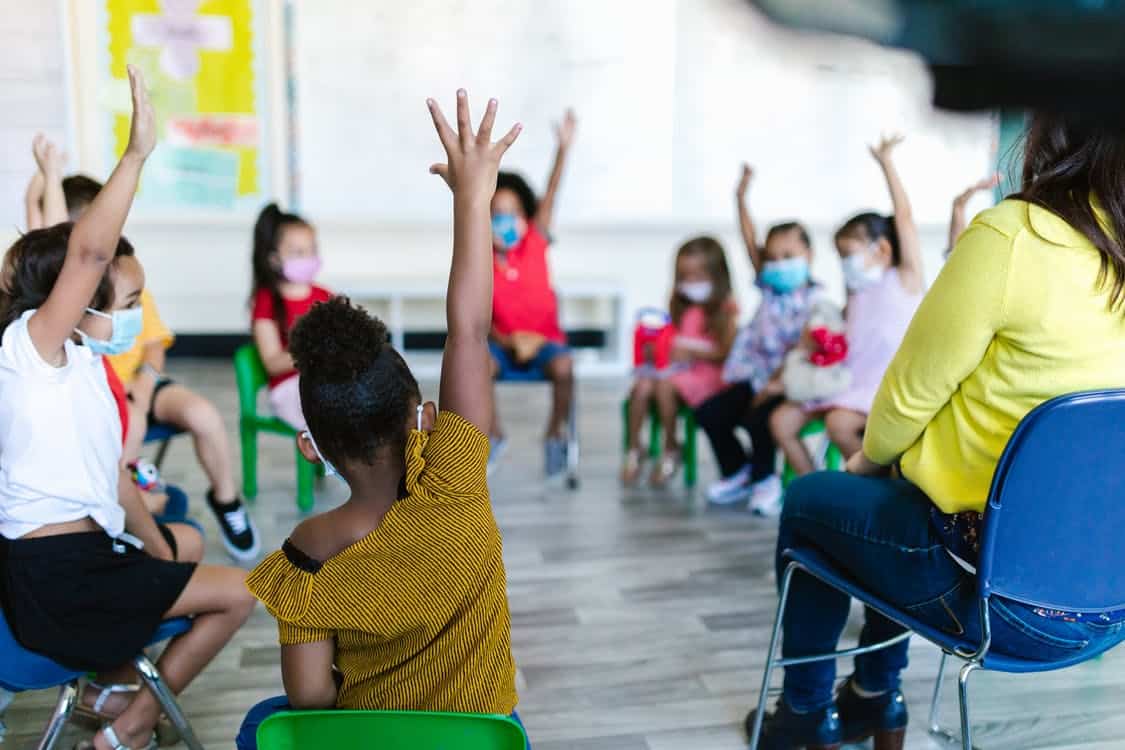 CogAT Test Grade 3 – How To Prepare Your Child?

The CogAT test is used by schools to identify particularly gifted students and help parents know and understand their children’s cognitive strengths, weaknesses, and learning styles.

The CogAT measures a student’s ability to reason and solve problems using verbal, quantitative, and nonverbal symbols. These abilities are constantly developing and changing over time, and are good way to predict school success.

The CogAT test is a useful prediction of a child’s overall ability in comprehension and learning. CogAT test results are helpful in identifying a child’s strengths and where they are gifted to help them develop them.

The Third-grade CogAT test builds on the one from second-grade, with questions of a more advanced nature. Both the Verbal Classification and Sentence Completion subtests are more difficult than the previous test.

These sections require that a student has developed a larger vocabulary (which helps with sentence completion), ability to understand synonym usage (especially on the verbal classification subtest), and the ability to associate words with their related categories. 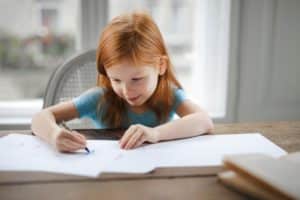 The sections such as the Number Analogies emphasize subtle number relationships, while having the student add or subtract different numerical quantities.

The CogAT Form 7 test is given according to age, so Level 9 is geared towards nine-year-old students, usually in the 3rd grade.

The CogAT third grade tests the verbal, nonverbal, and quantitative abilities of a child and is used for admissions into gifted programs.

It is an especially strong test for measuring relative academic strengths and weaknesses of a child, and is useful for children for whom English is a second language because much of the test is nonverbal.

By the time the child has reached third grade, they are proficient in many skills that they have learned in their previous years of education. At this age, most have developed the skills needed to deal with more complex verbal items appearing on higher-level CogAT tests.

So, the CogAT format changes from the lower to higher levels. The lower levels use pictures/images for the Verbal Battery, whereas CogAT Level 9 and up use written verbal items.

It is important that 3rd-grade children are ready and able to answer difficult verbal questions on the Level 9 CogAT.

The CogAT comprises three batteries of tests, namely the Verbal Battery, the Quantitative Battery, and the Non Verbal Battery in which there are two or three subsections that take 10 – 24 minutes to complete. 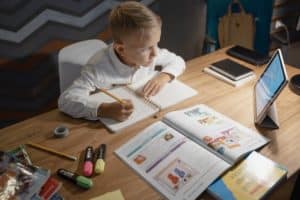 The school or teacher where the CogAT is administered may decide to administer the batteries together or separately.

The first is the Verbal battery. In this group tests a child’s verbal memory, vocabulary, and comprehension of word relationships is evaluated. The verbal battery is divided into a number of subsections based on the age of the child:

The second is the Quantitative battery. This group evaluates a child’s skill levels in problem-solving and quantitative reasoning. It is also divided into subsections based on the child’s age:

The final is the Non Verbal battery that evaluates a child’s problem-solving ability. It has a number of non verbal problems that geometric shapes and puzzles.

There is no reading, so it is an ideal test for evaluating children with low English proficiency or children who struggle to read. It is also divided into subsections based on a student’s age:

Where do students write the Cognitive abilities test?

Tests are administered in school for students K-12.

When do students write the test?

The test is offered at your child’s school’s discretion throughout the year.

How are the students tested?

Students will need to solve number puzzles and geometric puzzles as well as verbal exercises in a certain way such as logically completing sentences.

The test is written on paper with a pencil.

Why are students tested?

The exam is used by teachers and schools help identify and place students in gifted programs.

How long does the Cognitive Abilities Test take?

The test takes 145 minutes for students in grades 3-12 and is written in English. 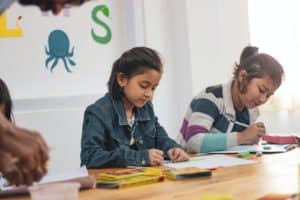 Scoring is based on your child’s age (not grade level). Your child receives an SAS (Standard Age Score) which compares your child’s score against that of other children in the same age range. The highest SAS your child can receive on the CogAT is 160, while 100 is considered an average score.

Raw Score – This is total number of correct answer choices; but incorrect answers are not deducted from the overall raw score.

Percentile Rank (PR) – School districts use this to compare children of the same age and grade level. A Percentile Rank of 80 means that the child’s score was higher than 80% of the children who took the same test. The average PR is 50.

Stanine (S) – A stanine is a broad, simplified score which ranges from 1 (being the lowest) to 9 (being the highest) and is normalized for the child’s age and grade level.

How Do I Prepare My Child for the Cognitive Abilities Test?

You can help your child do test prep for the 3rd grade CogAT by doing a practice test as often as they can. Doing this is in an important step to help your child achieve a better understanding of and familiarity with: 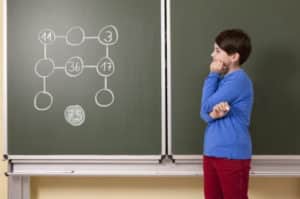 CogAT practice tests help your child familiarize with the format of the test and the types of questions that will be on it.

If your child has difficulty with a particular sub-section, spend more time with them to help them figure out those questions.

In the CogAT practice test don’t let them become discouraged if they don’t initially have the correct answer choices.

A CogAT practice test will be in the same format as the original, so if your child is stuck trying to solve a question, let them grab a snack and take a short break to reboot their brain!

TestPrep has a range of resources, such as online practice tests and sample questions that you need to help your child prepare for their 3rd grade CogAT.

It is extremely helpful and practice really does make perfect, so making use of our sample questions, explanations, practice tests, and other preparation materials will greatly help your child practice and improve their reasoning, picture recognition, sentence comprehension, etc.

The practice tests are all about boosting your child’s confidence and helping parents help them with test prep so that they can ace whichever test and wow their teachers with their abilities in each area.

The thanks we get will be your strengthened relationship with your child and their boosted confidence as they carve their way in the world!