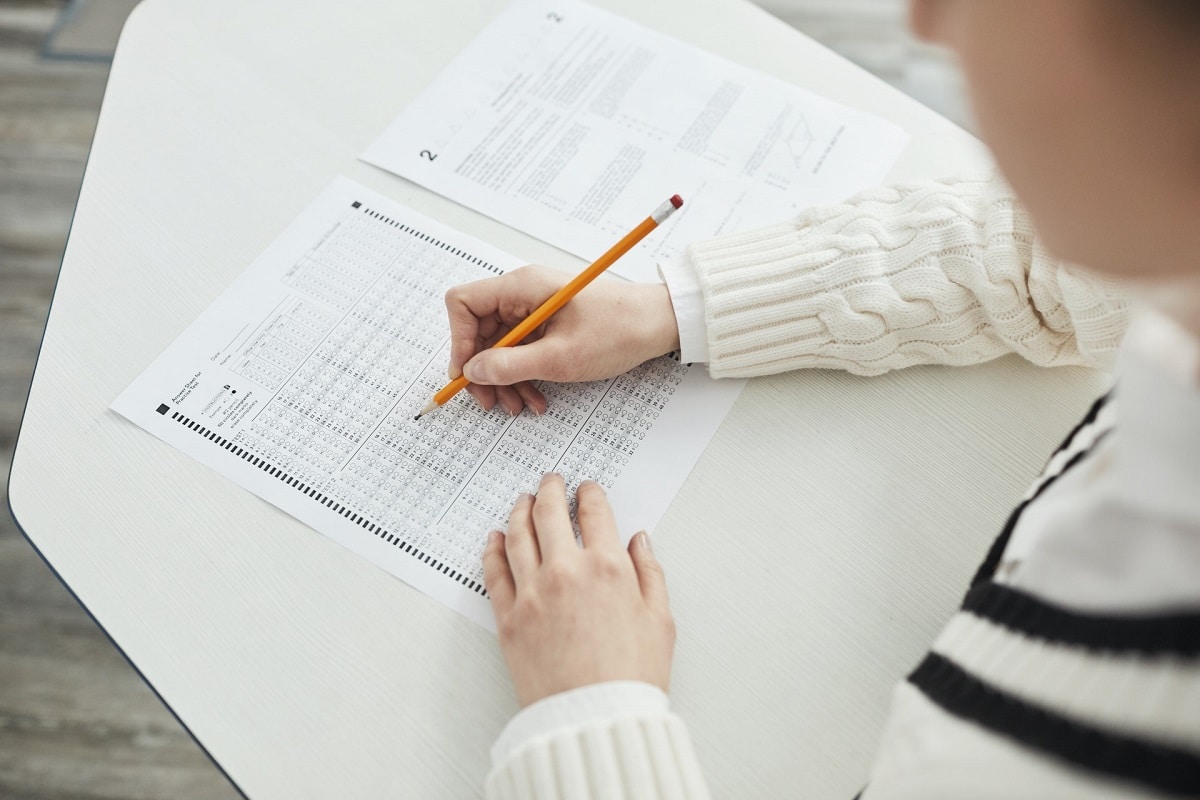 The B-PAD test is also known as the Behavioral Personnel Assessment Device, and is a test used in public safety professions in the U.S. and Canada. The purpose of the test is to look into the background and personality of potential candidates for employment, similarly to Predictive Index (PI) Behavioral Assessment Test.

The test focuses on multiple areas of a candidate’s life, including their decision-making abilities/professional demeanor under stress, ethics, situational judgment, communication skills, logic, and interpersonal relations as well as leadership skills.

If you have to take the B-PAD Test, and you need some direction on what it entails and how to prepare, you are in the right place.

What is the B-PAD Test?

Another name for the B-PAD is the Video Simulation Exercise due to the fact that the manner in which the assessment is given is video-based.

While receiving the test, police candidates are shown videos of various scenarios on a TV monitor. Each scenario shown replicates real-life situations that police officers and public safety officials might find themselves in on the job. In these videos, the actors most often will talk to the camera as if they are talking directly to you. You, in turn, will be asked to respond as if you were actually present in that situation.

Interestingly enough, while it may help somewhat to have prior knowledge of police procedures, it isn’t necessary to pass or take the test.

How is the B-PAD Scored?

During the test, your responses are recorded on video and then reviewed and scored against a standardized rubric. The entire test is designed and based on the concept that observed behavior is a fairly accurate indicator of future behavior in stressful situations.

Throughout the course of the test, you will be shown eight scenarios that are likely to occur while you’re in the field. Many of these situations are incredibly stressful emergency scenarios that can quickly escalate without the proper demeanor or response. As such, assessors will be watching to see how you react in stressful, triggering, chaotic, and confusing circumstances.

In many cases, the B-PAD is used to assess an individual’s psychological fitness. The belief here is that the B-PAD will show poor decision-making or inappropriate responses in candidates who lack the disposition or current mental health to perform the duties of the job.

Which Professions Use the B-PAD Test?

Many different public safety fields in the U.S. and Canada use some version of the B-PAD test, including:

The test is tailormade for each of the fields that use it, and each version is equipped only with relevant scenarios. A manager, for example, would never have to take the B-PAD for an EMS person because the scenarios would largely be irrelevant.

What is the format of the B-PAD?

While each field has its own version of the test, there are actually two different job-specific tests within each field. The first is the B-PAD test given to potential new hires to assess their ability to perform the job’s basic duties. The second is a promotional B-PAD to assess whether an employee is ready to take on further responsibilities at work.

The test is also formatted to be distributed in three different ways, depending on the circumstance. These three formats include the standard video-based 8 scene role play, an oral board format, and a written report format.

Regardless of the field for which the test has been tailored, each test will always be looking for calm, rational, logical, and helpful responses from its recipients.

Given the stressful nature of police work, the B-PAD test for hopeful new hires is especially important. This is truly an example of when the B-PAD is used to assess an applicant’s psychological fitness because they need to be sure you can handle the power of being a police officer and that you can be trusted to carry a weapon in stressful and dangerous environments.

The entry-level police officer B-PAD is a short test, and each scenario will likely last for just a few minutes. In order to make sure people respond in organic and not manipulated ways, you will be asked to give your response within a time limit, which is usually no more than 45 seconds.

Some situations that may be portrayed during a B-PAD for entry-level officers include personal injuries, road rage, domestic assault, theft, interactions with mentally ill individuals, and more. In order to excel at this test, you need simply to demonstrate that your situational judgment is sound and that your interpersonal skills and conflict mediation are effective and logical.

Police officers need to be prepared to diffuse many types of conflicts and altercations in the most effective way. They, therefore, need to be able to judge how best to respond at any given moment.

How can you prepare for the B-PAD?

For more information on the B-PAD Test and access to practice materials, head to Job Test Prep. They are developing study materials for the B-PAD and also have a whole host of other preparation materials to help with pre-employment tests.