The Thomas International tests were created in order to provide an accurate insight during the hiring process into both the cognitive and emotional intelligence of candidates in the workplace.

The Thomas PPA test demonstrates the potential that the candidates will have to grow within the company, and will help the employer to determine whether or not there will be a personality fit, in terms of both the company ethos and the specific job.

There are four different tests run by Thomas International. There is the General Intelligence Assessment (GIA) test, which measures verbal, numerical, and non-verbal reasoning, the Trait Emotional Intelligence Questionnaire (TEIque), which evaluates the emotional traits of both the candidate and in relation to others, the High Potential Trait Indicator (HPTI), which explores the strength of six different workplace personality traits that a person can have.

Finally, there is also the Personal Profile Analysis or PPA, which we will outline in this article, alongside some practice questions.

What Is the Thomas International PPA Test?

The Thomas International PPA Test forms a Personal Profile Analysis. It is made up of a series of character questions that are designed to establish an overview of the candidate’s personality across four sections, which we will explain in further detail below.

It is different from a lot of the other personality tests in that it is both short in length and the different sections are all measured together in just one test. The test consists of 24 questions that need to be answered in 8 minutes. However, the questions are simple- they are about you- so it shouldn’t feel rushed.

The PPA test is looking to measure a candidate’s personality, but also the candidate’s self-perception. It will run these analyses together to provide an overview of the personality. The employer will use this personality overview to see whether or not the candidate will fit in with the company and its values.

However, it will also hold the personality test results up against a personality profile that will have been generated for the specific role. In this way, the employer will be able to see how well the candidate will be suited for the role they have applied for, as well as what sort of potential they have for the role.

By receiving a personal profile for each candidate, they will be able to use reasonably objective analysis to work out which candidates will work best in the role. When this is coupled with the other Thomas International tests, such as the general intelligence tests, the employer is able to find the best candidate without having to rely solely on CVs.

The Thomas International tests provide an objective view of a candidate which can be used to measure one against another. This is particularly helpful when trying to sift through a large number of candidates in a shorter amount of time.

These Thomas PPA assessment tests have been used by over 32,000 companies over the last few decades, and have been used across more than 50 countries. However, they tend to be most prevalent in the UK, or in English-speaking countries, roles, or companies.

Some of their tests are available in other languages, but the Personal Profile Analysis is only available in English. However, there is a moderated version available for people who do not speak English as their first language. Universities and police departments frequently use these tests, as well as a lot of larger companies such as Virgin, Siemens, Biffa and Knight Frank.

What Is the Format of the Thomas International PPA Test?

The Personal Profile Analysis consists of 24 questions that need to be answered in eight minutes. For each of the 24 questions, the candidate will be presented with four different adjectives which could be said to represent their personality.

How Is the Thomas International PPA Test Scored?

The result of the Personal Profile Analysis is obtained through three different profile graphs which the answers generate. The first profile will look at all the words that are chosen as being “most like” them. This graph will represent the group of qualities that the candidate believes represents them, or at least how the candidate wishes to be seen by others.

The second profile will look at the list of words that are chosen as being “least like” them. These results will provide an overview of qualities that the candidate doesn’t think they possess. The third and final profile is a combination of the two previous graphs.

However, it is important to remember that these tests are all about self-perception, rather than a qualified character assessment. They are also very sensitive to the context in which they are taken. Remember that when taking the Thomas PPA test, it ought to be relevant to your personality, rather than who you are in a social setting, which can often be quite different.

Although you should never lie about your personality, you might find that bearing a particular role in mind can help to focus you on which of your personality traits are more important. Despite these aspects, getting the results can be a great time for some personal reflection.

The results could well show that others view your traits in a different light than intended. This can produce very valuable insight for collaborating with others.

What Does the Thomas International PPA Test Measure?

As we mentioned before, the Thomas International PPA Test is used to analyse the candidate’s persona. There are four key personality values that are measured by Thomas PPA assessment: Dominance, Influence, Steadiness, and Compliance.

These four traits are the bases of the emotional and behavioural theory known as the DISC Theory, which was first developed by psychologist William Moulton Marston in 1928. In the late 1950s and early 1960s, it was adapted by Walter Clarke and Dr. Thomas Hendrickson in order to be used as a self-assessment tool that can be applied to team development, interpersonal relationships and workplace behaviours.

The four different behavioural traits lead the test to be able to draw up a Vector Analysis, with two key axes. The vertical axis represents whether the candidate views their environment as unfriendly, hostile, and/ or antagonistic, or in contrast, sees it as being friendly and favourable.

The DISC Personality Traits of the PPA Test 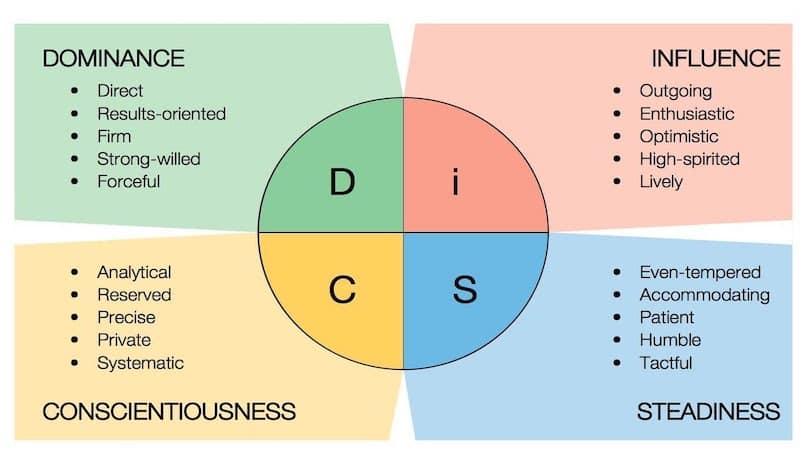 There are four key personality factors that the Personal Profile Analysis evaluates. Although most people will tend to display multiple factors in the workplace, each person has their own behavioral style which puts more or less emphasis on different areas. The four personality traits are the following:

This could be the tendency to be forceful, taking charge, or being aggressive in approach. It could also mean being courageous, a natural leader, being assertive, or taking risks. Being ambitious or competitive could also be in this category.

People who are outgoing, friendly or sociable might have a stronger tendency to influence other members of the team, which would be a more active role. It could also involve inspiring or motivating others to help them develop too.

Staying calm under pressure and adapting to changes can mean remaining steady and collected in the workplace. The ability to multitask and prioritise according to needs, and the ability to remain in control also fall into this category.

Obeying people above in the hierarchy and following the rules of the company can be very important to an employer looking to hire someone. This will look at respect for others, being orderly, and being able to listen and take instruction. It can also mean being traditional and rule-obedient.

You might have heard that there is no right or wrong answer for this test, or you might think as it is your personality that you are being tested on, that you already know the answers and don’t need to prepare.

While it is true that you should remain honest, it is worth getting to know what the different answers can signal. You are going for a job, so it is about your workplace persona rather than what your friends think of you.

1. How Do I Prepare for the PPA Exam?

The PPA exam is a difficult test, but there are a few things you can do to prepare for it. First, make sure you are familiar with the material in the PPA syllabus. Then, practice answering questions from past exams. Finally, get plenty of rest and eat well before the test.

Yes, you can fail a Personal Profile Analysis test. The test is designed to help you understand your personality type and how you interact with others. If you do not take the test seriously or try to cheat, you could fail.

3. What Is a PPA Interview?

4. What Should I Expect From My Personal Profile Analysis Test Results?

Your personal profile analysis test results will help you to understand your personality type and the best way to work with your strengths and weaknesses. The report will also provide an overview of your communication and decision-making style, as well as tips for improving your productivity.

5. How Do I Interpret My Personal Profile Analysis Test Results?

The interpretation of personal profile analysis test results can be tricky, as different psychologists may have different ways of reading them. However, there are some general things that can be said about the results of such tests.

First, personal profile analysis tests measure different aspects of your personality. So, if you get a result that says you are high in neuroticism, for example, it means that you tend to experience a lot of negative emotions like anxiety and depression. 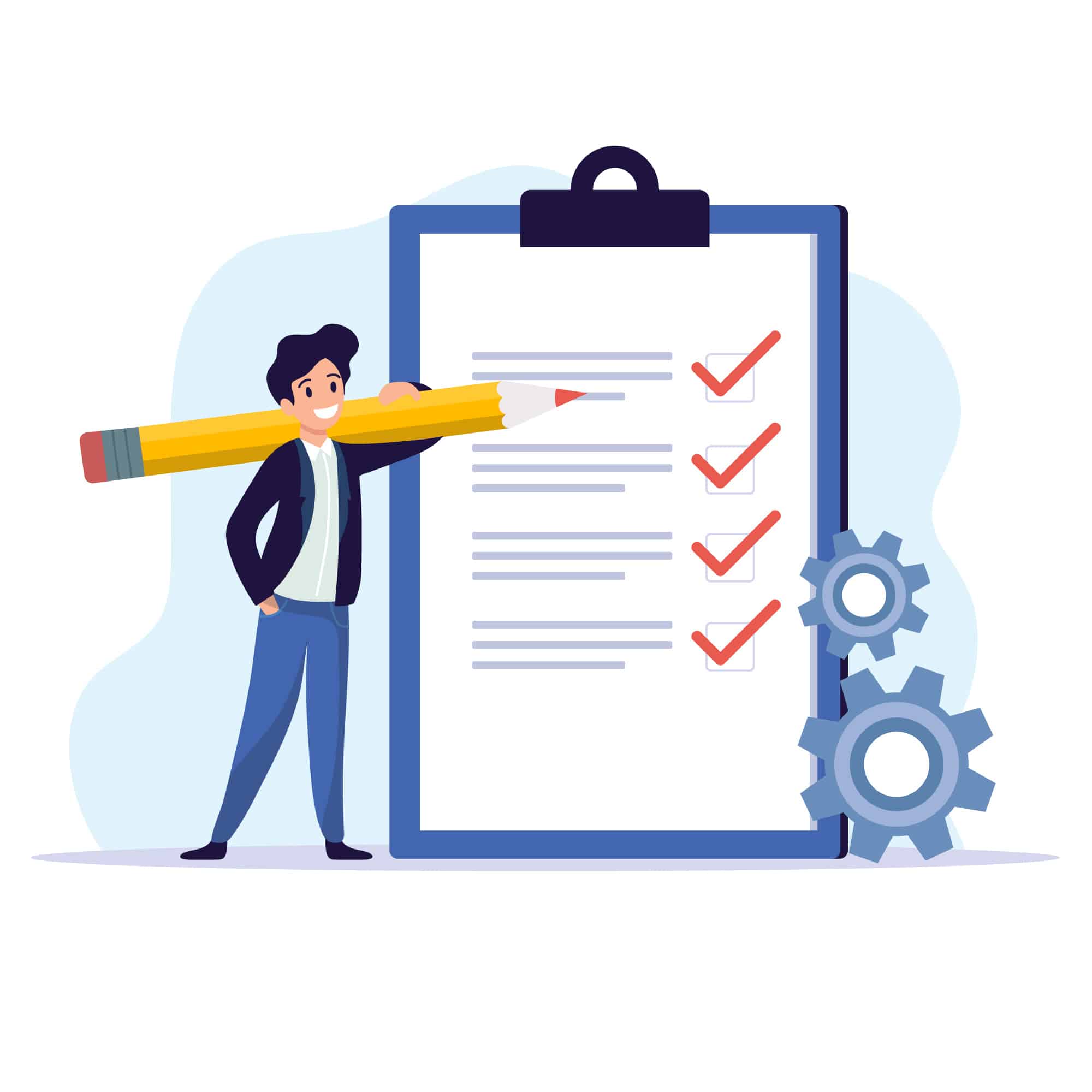 Learn about the different types of questions asked in the Thomas International PPA Assessment with this sample practice test. Good luck!