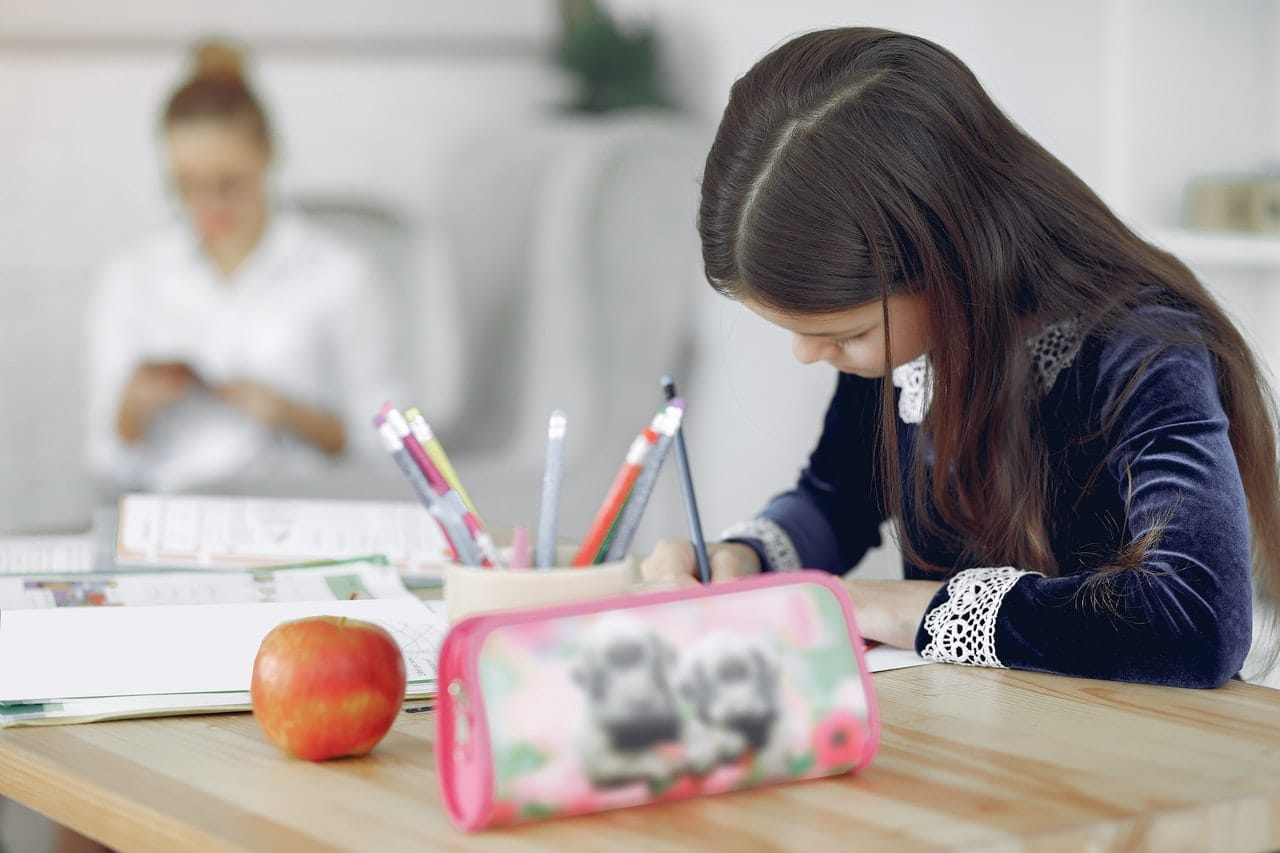 How to Prepare for Naglieri Non-verbal Ability Test (NNAT)?

The Naglieri nonverbal ability test(NNAT) measures pupils’ general ability. This test is one of the most popular for entrance exams in talented programs and private school admissions. The NNAT test can be taken from kindergarten through the 10th-12th years of schooling(sophomore to senior years).

If you’re set to take the NNAT test and want to prepare for it, job test prep has excellent NNAT practice tests and examples of questions you’ll come across.

The NNAT assessment tests are the perfect example of standardized tests, as students don’t score higher according to prior schooling or socio-economic background.

The NNAT test is often used for gifted programs and IQ tests. It is held in such high regard because the different sections of the nonverbal test cover the basis for problem-solving skills and reasoning abilities.

The NNATs try to limit the use of language as much as possible in order to eliminate as many written directions as possible. The limit of language does not mean the test leaves students clueless. Another great reason for the NNAT tests is their largely unbiased scoring.

The pattern completion section of the Naglieri nonverbal ability test is what it sounds like. Students must identify the picture that should complete the missing part of a pattern. These pictures of patterns can range from spirals, prisms, and many other geometric shapes.

The reason this section is included is to measure if the child can identify both the various geometric shapes as well as identify slight differences in two or more objects quickly and effectively. This section also serves to identify students with great pattern completion reasoning skills compared to other children and to identify high-ability preschoolers.

NNAT sample questions and multiple NNAT practice tests are available on job test prep. The third Edition of the NNAT test has expanded the number of patterns in the pattern completion section exponentially. Students are likely to not find the pattern on a practice test. Children and students should still use a practice test before writing the NNAT.

Students are not penalized for incorrect answers on the tests but should use practice tests because if they come across NNAT questions they can’t answer, they shouldn’t leave them blank as the NNAT does penalize for unanswered questions.

An example of what you should expect from these nonverbal questions is, “Look at the pattern. There is a missing piece. Can you point out the piece missing marked by the question mark?” 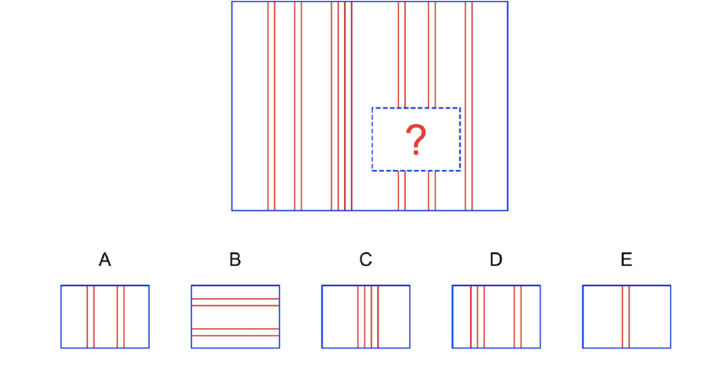 The first important part of this section is that students understand what the question is asking. They should be finding the answer to what the question specifically asks for. A common mistake of children who write the NNAT is that they answer what they think is missing from the question rather than what is asked.

The questions in all sections, not only the reasoning by analogy section, get progressively more difficult the higher the student’s grade level. They also won’t be the same questions asked the prior year.

The best way to practice or study the reasoning by analogy section is to practice your non-verbal reasoning skills. Besides your child’s homework, you can find plenty of practice questions on job test prep.

The serial reasoning section will show approximately nine boxes spread through three rows and three columns. Eight of the nine questions will include a shape with a pattern. One of the nine boxes won’t have a shape. Students will be asked to find the piece that will fit and match the 9th box. The first time the NNAT test includes the serial reasoning section will be in grade 1.

To practice serial reasoning is to familiarise your child with a matrix. The simplest way is to show your child a number of boxes, point out which are different, and have them explain why. Once they understand, you can include changing colors and having them identify the odd one out.

After this, add patterns and rotating shapes to make it more complex. Have your child start the process of elimination to determine the correct shape from the abstract shapes. This section requires students to identify the pattern in the question and determine, using problem-solving skills, how the resulting figure should appear. They must determine which shape provided in the multiple-choice options is correct.

The change in shapes is often the pattern on the shapes reversed, switched where the pattern is within the shapes, or the combination of patterns from prior shapes.

The best way for your child to prep is to have them practice with NNAT spatial visualization questions. These can be found on job test prep. 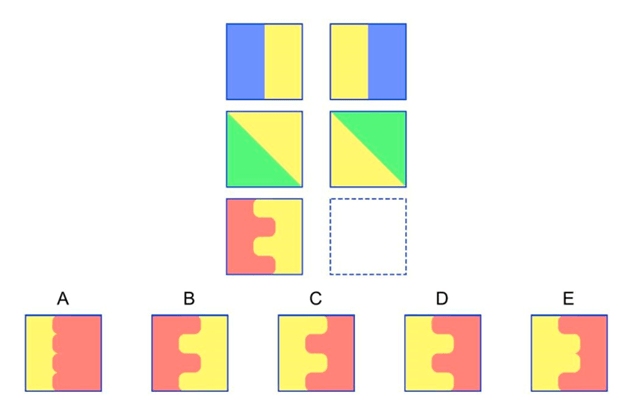 Many gifted programs across the world cater to different special mental aptitudes. The NNAT tests are used as one of many to measure someone’s mental ability accurately.

Gifted and talented programs often use the NNAT tests as one of the first entrance exams as it often separates students from the average percentiles. That said, the NNAT tests are not accurate shows of intelligence as many people have greater aptitudes that can’t be measured with this test.

Amongst the NNAT tests, gifted programs also use the CogAT, Otis-Lennon, Hemmon-Nelson, Ravens Progressive Matrices, and Matrix analogies tests for group examination for gifted students. Some individual test used by US gifted programs is the Stanford Binet, Wechsler Intelligence Scale for Children (4th Edition), and the Woodcock-Johnson tests.

Gifted programs use a wide array of tests to measure children’s grade level according to the child’s age and school district. It is important to note that every gifted program uses different criteria when measuring a child’s performance. 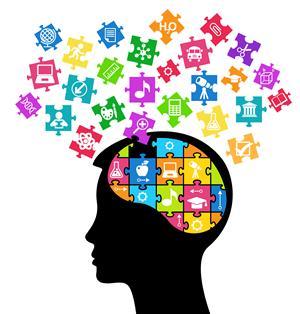 The physical test does not include a verbal component and is only written. The latest version of the test is the NNAT3, which is only 30 minutes long. Students who take the NNAT test are graded with other students who are around three months apart in age. This is done to give students a greater chance of scoring higher results.

The score is measured using the Naglieri ability index (NAI). An NAI of 100 is considered to be an average score; 95% of all students who take the NNAT will range between 65-132. Students whose scores exceed this are supposed to be given more tests to measure their mental ability further.

The raw score you receive is how many answers you got correct from all the questions. The raw score will be something like “38/45”. Parents must remember that their child’s score is not a representation of their intelligence but simply the raw score they achieved on one of many group intelligence tests.

Other standardized tests and IQ tests are available from any educational psychologist.

What’s the latest version of the Naglieri nonverbal ability test?

The latest version of the NNAT test is version three, which was released in 2016. They’re generally used by private schools and for schools with a gifted program.

What’re the new features of NNAT3

The newest version of the naglieri nonverbal ability test is;

How is the naglieri nonverbal ability test administrated?

The methods for writing the NNAT 3 are handwritten testing done at schools or by educational psychologists. The second option is to write online via computer, tablet, or Ipad.

How long is the NNAT?

The length of the test is 30 minutes. This excludes any extra time schools need to set up the children before writing commences and time needed to collect them

What Grades write the NNAT?

Children from grades k-5 to k-12 can write the NNATs. The youngest age allowed to write is four years old. It has been proven that children will struggle with two or more objects in many sections before this age. The child’s age is important as the NNATs are designed based on their age’s brain development and the child’s grade level standard.

What language is the NNAT written in?

The primary language used in the NNAT is English. There are translations available in a few different languages. The test limits language skills as children who don’t speak English will be graded similarly.

The IQ test starts when children are in kindergarten and tries to accommodate more students using problem primarily solving and reasoning abilities through diagrams and pictures. Many of the questions are straightforward enough that any grade-level child should be able to understand them questions without the instructions.