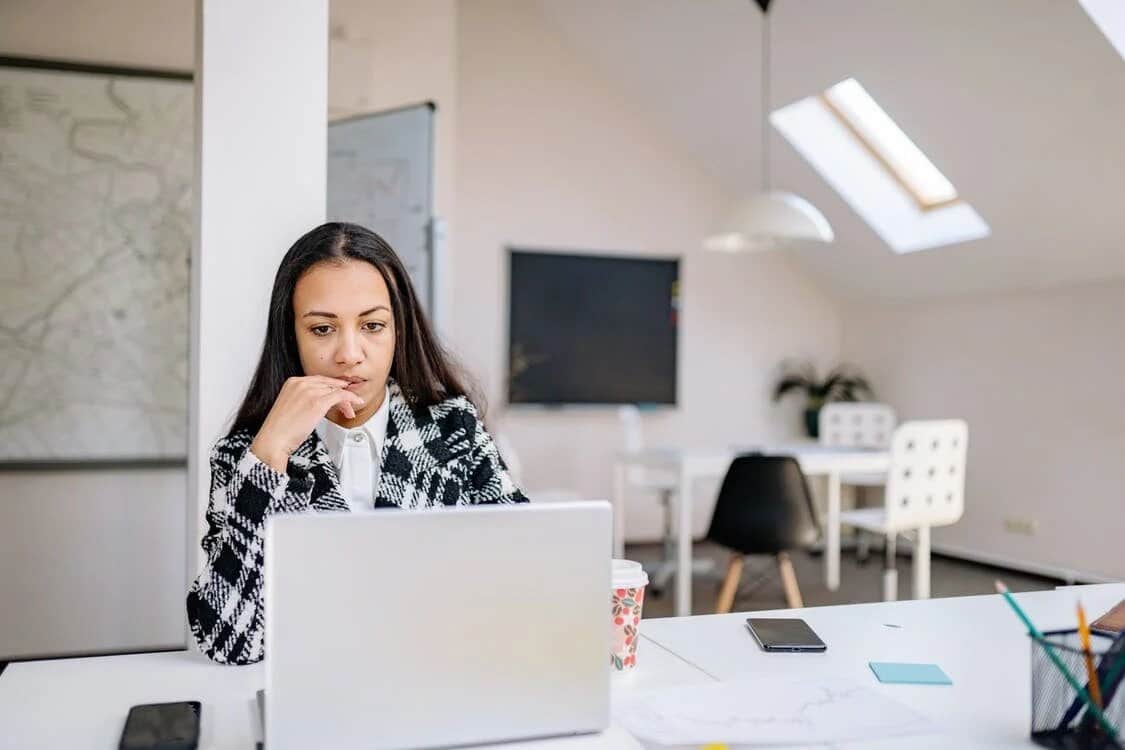 How to Prepare for the NEO Personality Inventory Revised Test?

If you have a NEO Personality Inventory Revised test (NEO-PIR) coming up then you might be feeling a bit overwhelmed. After all, this test is the last step that you need to complete to land your dream job.

The NEO Personality Inventory test is used by many employers in their recruitment process to help find the most ideal candidate. It is a personality test that focuses on five key personality traits using the Five Factor Model.

There are a few things that you should know before you write this test like what your recruiter is looking for and the types of questions that will be asked in the test. Luckily, this article will highlight what you need to know about the NEO PI-R test to help you prepare and ace this assessment.

The NEO PI R test which is also known as the BIG FIVE test is a psychometric assessment that is used by several employers in their recruitment process. This test is used as a tool by these employers to measure candidates’ personality traits and whether they have the traits required for the position that they are applying for.

The test also helps employers assess if the potential candidate has a personality that will fit in well with their organizational culture. The assessment incorporates the Revised NEO Personality inventory hierarchy and can also be used to assess teenagers and children

The NEO PI-R assessment used by employees is an online assessment that consists of 240 points, which are scored by being rated on a five-point scale. Candidates will have around 30 to 40 minutes to complete this assessment. However, there is a shortened version of the assessment available which is the NEO Five Factor Inventory, this assessment has a time limit of 45 to 60 minutes and 60 points that will need Five-Factor to be covered.

The personality traits assessed in this test can inform an employer whether a potential candidate will be well suited for the job that they are interested in. This personality assessment includes traits that will cover a wide range of jobs in different industries. Each of the five personality traits has six facets meaning that there is a total of thirty facets tested in these personality tests, The five major domains that have their own facets in the NEO PI test includes:

Openness is the personality trait that focuses on how open-minded a candidate is to the environment. The facet scales that openness is measured on is how open or how closed a potential candidate is. The six facets tested in this domain include:

Extraversion is the personality trait that focuses on a candidate interacts with their peers and the people around them. In this detailed assessment, the candidates are assessed on how much they look for stimulation from others. The facet scales that are used to measure a candidate’s extraversion are how introverted or extroverted they are.

The six facets tested in this domain include:

Neuroticism is the personality characteristic which focuses on how the candidate handles stress. Specifically focusing on the candidate’s level of emotional stability in stressful situations. The facet scales that are sued to measure this personality trait is how stable or how neurotic a candidate is when dealing with stress.

Candidates who have a high level of conscientiousness tend to be individuals who prefer following a plan. These individuals are seen as organized, detailed orientated, as well as how headstrong they are. The candidates who have a low level of conscientiousness are usually individuals who like to do things at the last minute. They are usually seen as go with the flow type of people who can be unreliable at times.

Agreeableness is the personality trait in the NEO PI R assessment that focuses on how cooperative a candidate is in a group of people. This trait specifically looks at the type of personality the candidate has when they are with someone else. The facet scales used to measure this trait is how agreeable or how hostile a candidate can be. The six facets tested in this domain include:

A candidate who has a high scale of agreeableness are seen as individuals who have submissive personalities and do not rally voice their opinions. However, these individuals tend to be caring and people that show interest in others. On the other hand, candidates with a low scale of agreeableness are seen as individuals that can be strong-minded people who fight for their opinion and who tend to argue quite often. These candidates are usually competitive and feel guarded.

Types of Questions Asked in the NEO PI-R Test 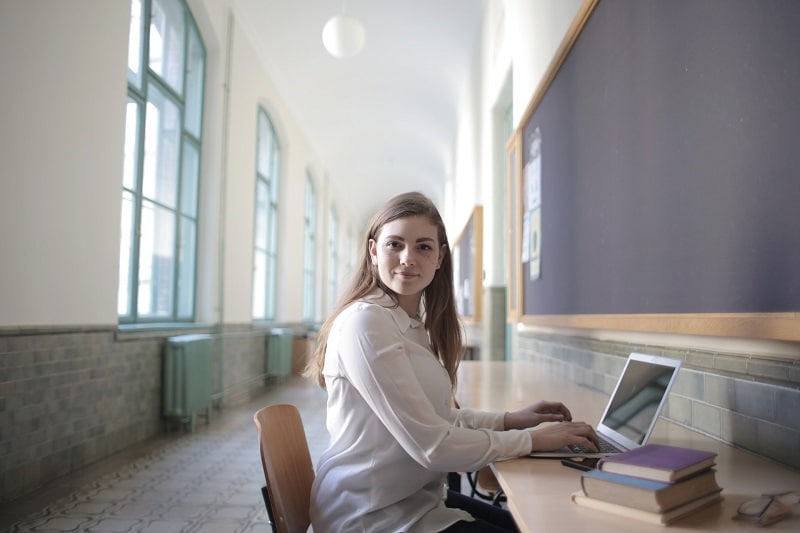 The NEO personality inventory revised assessment consists of 240 items that will need to be completed within 30 to 40 minutes. While this seems like quite a lot of work to complete with such a short time limit, the questions asked in this test are relatively straight forwards. Unlike most tests, the NEO PI R test does not have questions that have incorrect answers after all it is a personality assessment.

However, it is important to keep in mind that employers are looking for candidates who have the personality type that will suit the role that they are hiring for the best as well as the culture of their organisation. This means while there are no exact wrong answers there may be answers that do not suit certain roles. The NEO PI R test can be completed on paper or online depending on your employer’s choice.

The questions asked in this assessment focus on your behaviour and how you feel about certain situations. The test includes a scale which has a range of how much to agree with something to how much you disagree with something. There is also a midway point if you feel neutral about a situation. To complete the assessment candidates will simply have to read the questions and answer the questions based on their feelings towards the situation by moving the scale.

How to Prepare for the NEO Personality Inventory Test

While the NEO PI R test may not have exactly correct or incorrect answers as it is a personality test this does not mean that you should not prepare for the assessment. The assessment will includes questions that can be quite complex and will require time and effort. This is why it is important that you make sure to do the following to ensure that you will be fully prepared for your upcoming NEO PI R assessment:

The best way to prepare for a personality test like the NEO PI R test is to complete a few practice tests. These tests will not only allow you to understand how the questioning and format of the test will be but it also gives you insight into the types of questions that you will be asked.

Whether you are completing your practice NEO PI R test or your official assessment the one thing that you must always do is read the questions carefully. When you are in a test environment and there is a time limit you may skim read questions and miss out on keywords which could potentially change the way you would want to answer a question. This is why it is important to pay close attention to the question that you are being asked in this assessment.

The NEO PI R test is quite long and is filled with questions that might require a lot of thought. This is why it is important that you practice your time management skills before your assessment. The last thing you want to happen is spending too much time on one question and not being able to complete the assessment.

Once you have completed your NEO PI R test the first thing that you should do is go back and read over the questions and your answers. Just to makes= sure that you have answered all the questions correctly.

The NEO personality inventory revised a comprehensive and detailed assessment test is an assessment that is chosen by many employers who are looking for a certain personality type for a specific role. The NEO PI R test allows employers to test if a potential candidate has the necessary personality traits that will be required for the job that they are applying for.

This personality assessment focuses on five major domains this includes neuroticism, extraversion, openness, agreeableness, and conscientiousness. Each of these traits has six facts which will also be tested in this assessment.

Now that you know everything that you need to about the NEO personality inventory revised test you will be able to apply and prepare for this online assessment. Don’t wait any longer and start working towards your future by completing this assessment that will help you land your dream job.