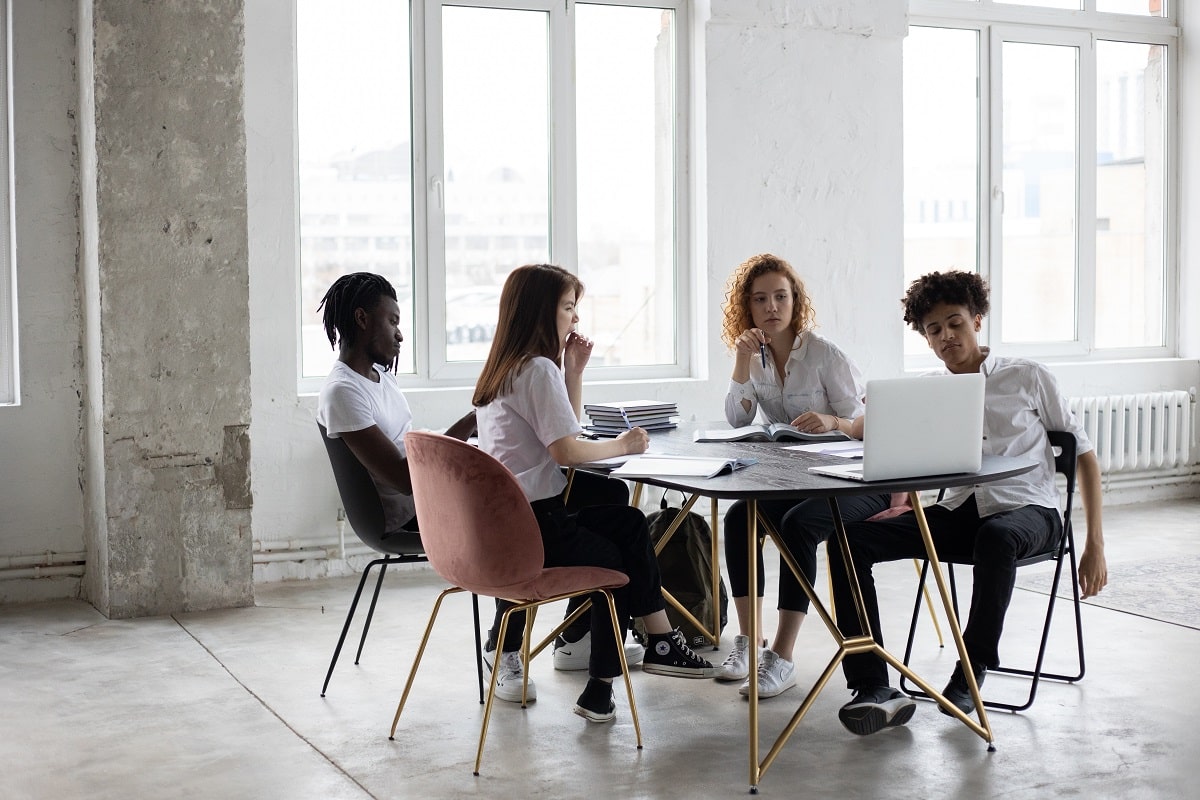 There are plenty of aptitude tests out there, but few are as advanced and in depth as the Kenexa test and the SHL test. As two psychometric tests, they act as a great way to test employees and potential hires. Companies incorporate one of these tests into their recruitment process to help ensure they choose better candidates and give them a clear understanding of how candidates fit into their company.

In this guide, we’ll help you understand more about the differences between Kenexa and SHL tests.

Kenexa is owned by IBM and currently offers over 1,500 tests. All their tests can be customized to better suit the roles that companies are hiring for. Most Kenexa tests are designed to be taken during recruitment, but many companies use them later on as well to test current employees.

With so many tests to choose from, Kenexa offers a way to test just about any skill that employers want to test or analyze compatibility in any aspect. Kenexa offers behavioral assessment tests as well as tests that analyze verbal and numerical reasoning, cultural fitness, and logical reasoning. There are also tests to analyze a candidate’s personality fitness for a role.

As mentioned above, Kenexa offers more than 1,500 tests, but there are a few that tend to be more popular or chosen more frequently than others.

Advanced reasoning tests are psychometric and are designed to test a candidate’s verbal reasoning and numerical reasoning capabilities.

Career fit tests center around personality competency. These tests identify a candidate’s strengths and weaknesses and analyze their workplace practices. Career fit tests are ideal for determining if a certain candidate is a good fit for the offered role.

Culture fit tests determine if a candidate will fit in well with the workplace’s values by comparing their personal workplace values with those of the company.

Job fit tests are used at an early point in recruitment to determine which candidates have a job preference that aligns with the offered job position.

Kenexa also offers performance indicator tests (KPI). These tests analyze how likely a candidate is to fit in with the current team and compare your team’s needs with the candidate’s abilities.

The Kenexa Prove It platform alone contains over 1,000 tests designed to test a candidate’s skills or personality. These tests can be used to analyze a candidate’s practical knowledge of something such as Microsoft Word or to examine personality traits.

Kenexa tests are used across multiple countries in Asia, North America, and Europe in a variety of industries. Companies that used Kenexa tests include Olive Garden, the Royal Bank of Canada, Mercer Bradley, and NCO Group Inc.

As Kenexa tests are customizable to the business or role, many companies take advantage of them when hiring. These tests are designed to help them find the ideal candidate. Every year, businesses that use Kenexa bring in new employees that are suitable for the role they need filled.

For these businesses, Kenexa tests ensure that they’re hiring great employees from the start instead of taking a risk and hiring anyone that walks through the door. Instead, they get the perfect candidate from the start and their team is able to grow.

SHL is a popular psychometric test brand that offers different types of tests in over 30 languages. It is the most common hiring test in the United Kingdom, although it is also found in other countries across the globe.

SHL tests compare speed, accuracy, and test scores to analyze candidates and give businesses a better idea of which candidates will perform well in the role they’re offering. With tests that assess numerical and verbal reasoning, personality, and mechanical comprehension, SHL tests can provide hiring companies with a deep understanding of a candidate’s potential.

While SHL does offer some free assessment tests online, most businesses choose to pay for more thorough tests as the free ones are very limited. 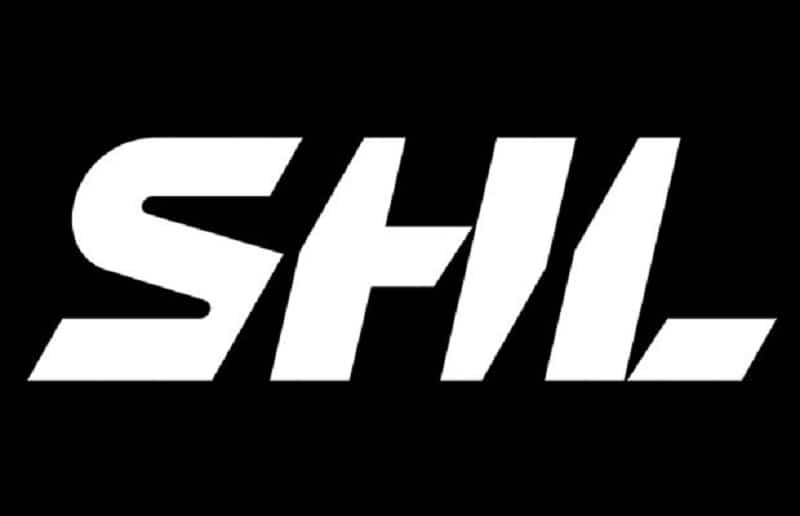 SHL provides numerous types of tests, but there are eight aptitude tests that tend to be the most popular amongst recruiters of all industries.

The inductive reasoning test is short. It has 24 questions and a time limit of 25 minutes. The test itself is about spotting recurring patterns in the graphic or image that is presented and tests a candidate’s ability to understand similarities within a certain group.

The numerical test is also 25 minutes long, but has only 18 questions. It contains math problems that are relevant to the position a candidate is applying for. The questions are designed to be realistic and much like any problem an employee might encounter if they were completing daily tasks.

The verbal reasoning test focuses around a candidate’s ability to make logical decisions when presented with oral or written information.

The mechanical reasoning test is, predictably, focused on a candidate’s understanding of mechanical principles. Gears, levers, and pulleys are presented in this 25-minute test.

The comprehension reading test analyzes a candidate’s ability to find information within a written statement. Any information found should then be used to make an objective decision and answer 18 questions in 10 minutes.

Similarly, the deductive reasoning test has 18 questions to be answered in a 10-minute time span. Candidates are given a written statement and an outcome and must determine if the outcomes correspond with the views.

Additionally, this test assesses a candidate’s creativity and abstract intelligence.

The bespoke ability test is used primarily in finance and sales positions. All questions are custom-made by the business administering the test and are unique for the offered position.

SHL has a huge user base. Over 75% of the FTSE companies use SHL assessments and over half of the Fortune Global 500 companies do too. They’re used across the globe by companies that wish to assess a candidate’s personality and practical skills in one fell swoop.

SHL tests are more likely to be used by financial firms, for managerial positions, or for graduate-level jobs.

Differences Between Kenexa and SHL Kenexa and SHL both have large user bases across the globe. While they both offer psychometric tests, they do have their differences and reasons why certain businesses will prefer one over the other.

Taking a look at the three main aspects of the offered tests, here are some of the differences between Kenexa and SHL that you’ll encounter.

Both Kenexa and SHL use numerical tests to assess a candidate’s understanding and practical use of numerical data. The tests usually use graphs and charts to do this.

For their numerical tests, Kenexa has a bank of 174 different questions. Each test only features 20, but this ensures that candidates are less likely to encounter a question they’ve seen before if they take the test more than once. Kenexa gives every candidate a total of 20 minutes to answer these questions.

SHL has 18 numerical reasoning questions to be completed in 17-25 minutes depending on the test. There are also an additional 10 questions that take about 15 minutes to complete and are used for verification purposes.

For these types of tests, Kenexa shows candidates shapes and symbols and asks them to select the missing pattern. This type of test assesses a candidate’s ability to draw conclusions and make assumptions based on what little information is provided.

Ultimately, both Kenexa and SHL are extremely popular and widely used by companies. They do have slight differences between them. Noticeably, Kenexa is well known for the large number of questions they have, together with a shorter amount of time given to candidates. However, with Kenexa tests, you can go back to previous questions or move forward as and when you want to.

Whether you’re facing a Kenexa or SHL test, preparation is key. Study guides and practice tests online will help you feel more prepared and can be the difference between whether you excel or do badly in these tests so be sure to look at Test Prep Online and their resources to help you in your study.