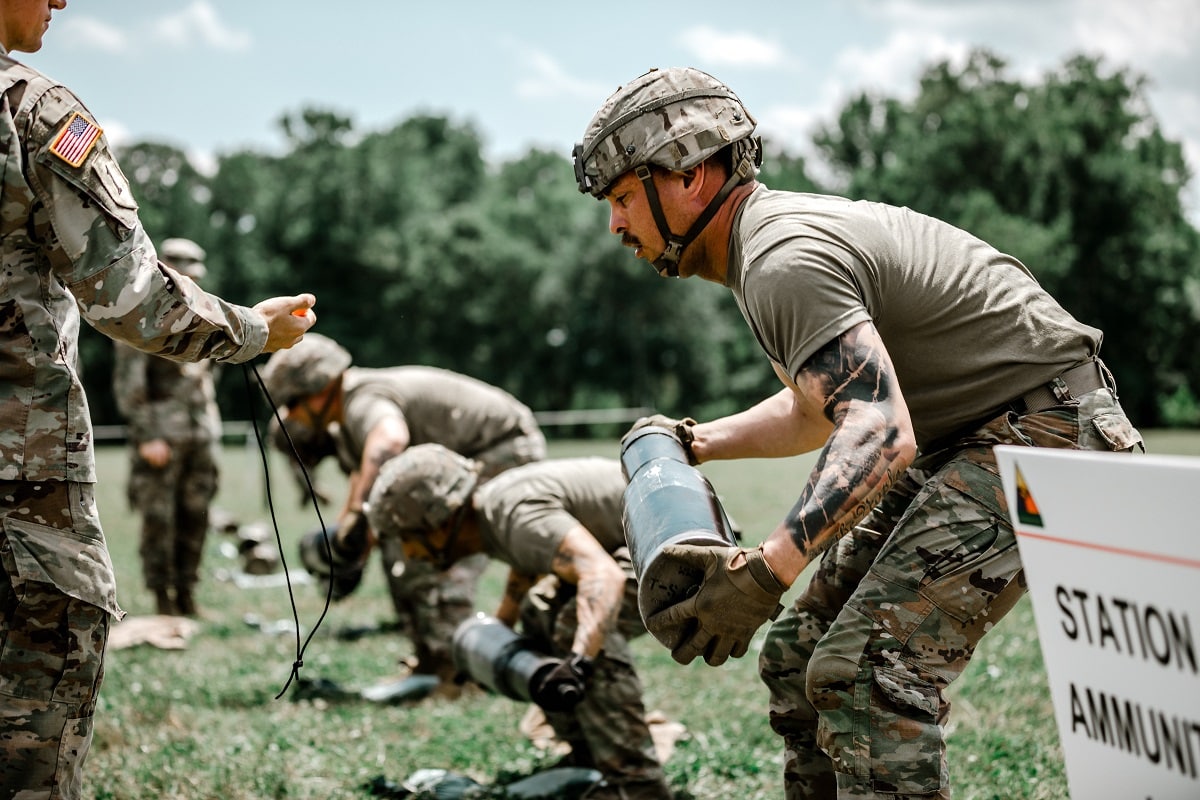 What Is the Highest ASVAB Score?

The ASVAB test is a mandatory test used for military enlistment and employment. Furthermore, the test is given to high-school students to assess their professional preferences and provide directions for a career path.

The ASVAB test is complex and requires thorough preparation if you want to pass it with the highest ASVAB score possible. This article covers the details of the ASVAB test, its testing subtests, and score reports and recommends the best online library for ASVAB practice materials.

The highest score on the ASVAB is 99, representing that you’ve performed better than 99% of test takers. But, due to the complexity of the test, a score of 99 is tough to obtain. Nonetheless, the higher the score, the better.

What Is a Good ASVAB score?

Understandably, the bigger the ASVAB score, the better. For military employment, different branches have a minimum score requirement varying from 31 to 40. The average score is 50, and the highest one is 99.

The ASVAB test has different scores and reports.

Standard scores represent the percentile of people you scored the same as or above. They come for each subtest individually and represent the proficiency group you fall into, compared to the control group.

An average Standard score for each sub-test is 50, and scores from 10 to 40 are below average, while scores from 60 to 99 are above average. 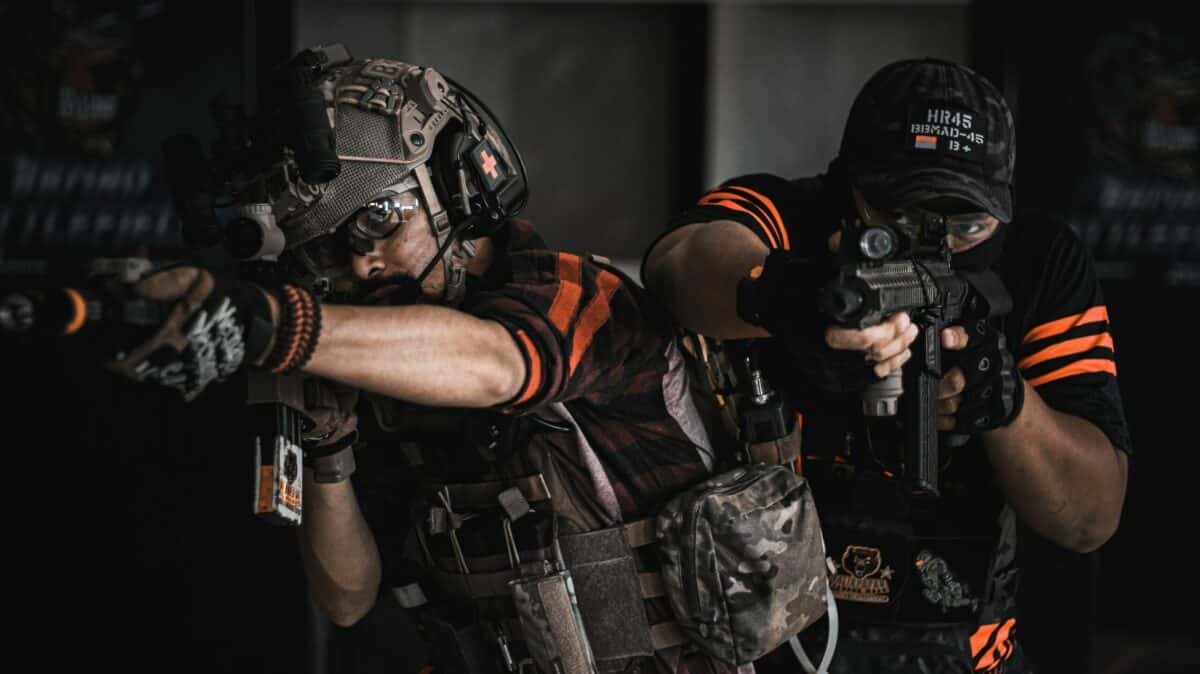 The Armed Forces Qualification Test (or AFQT) score is, presumably, the most important ASVAB score since it’s the score that military branches consider when reviewing candidates.

The AFQT score is gathered from the ASVAB Verbal (Paragraph Comprehension and Word Knowledge) and ASVAB Math (Mathematics Knowledge and Arithmetics Reasoning) scores.

The AFQT is in percentiles; the higher the score, the better you performed compared to other test takes. So, if you have an AFQT score of 60, you performed better than 60% of test takers.

In a score report like this, you aim to score as high as possible since the score determines the military job positions that will be available to you.

Composite Scores, also called Line scores, are combinations of scores on different subtests. Based on these composite scores, military representatives determine the force that you are eligible for.

For example, if you want to get employed in the Marines Corp in an Electronics repair job position, you would need an excellent Composite score of the subsets Mathematics Knowledge, Arithmetic Reasoning, General Science, and Electronic Information.

The CEP ASVAB has special Career Exploration scores that are given to students. These reports contain Standard Scores and recommendations for suitable career options based on the reports.

How To Pass The ASVAB Test With The Highest Score?

To help candidates (and students) to ace their ASVAB test, Job Test Prep has made a detailed 3-steps practice formula.

As a bonus, they offer their Back to the basics Math practice and study guides to remind you of the Math basics and improve your Math abilities.

To start right now, they also offer a free ASVAB diagnostic test that you can take on their website.

What Is The ASVAB Test?

The ASVAB abbreviation stands for Armed Services Vocational Aptitude Battery. It was first used in 1968 and administered by the Department of Defense.

Even though its initial usage was to predict academic and professional success in military occupations only, research shows that the ASVAB successfully measures abilities and predicts success in numerous fields.

The ASVAB test is a military entrance test administered to interested candidates to determine if they are eligible for military enlistment and training. The test is also adapted for students from 10th to 12th grade.

The ASVAB test aims to predict professional and academic success by measuring some basic cognitive abilities. You can find more detail about the ASVAB testing components later in the article.

What Types Of ASVAB Tests Are There? 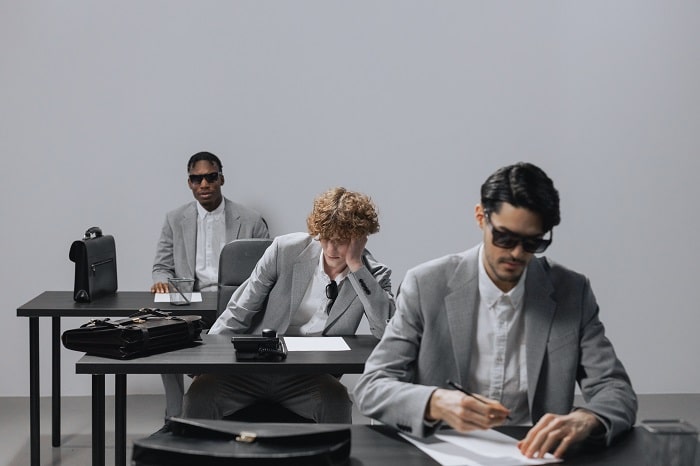 There are a few ASVAB versions of the test, primarily differentiating in the medium by which they are taken and the candidates that are taking them.

The iCAT, or CAT-ASVAB test, is the most used ASVAB test, taken exclusively at a Military Entrance Processing Station (MEPS).

It is administered through a computer program and is adaptive. The questions on the ASVAB are similar for all candidates but adjust to the abilities of the candidate. The difficulty of the next question depends on whether you correctly answered the previous question.

This also reflects in the scores, so your score will be higher if you answer more complex questions.

The CAT-ASVAB test has 135 questions that need to be answered in 173 minutes (2 hours and 53 minutes.) The time frame is more than enough to finish the questions, so you shouldn’t be worried about the clock when you take the CAT-ASVAB.

But, this format of the ASVAB test has penalties for wrongly answered questions, so it’s best to take your time while answering each question.

The pen and paper version of the ASVAB test is taken only at Mobile Examination Test (MET) places at more than 600 locations across the USA.

On the P&P-ASVAB, all the candidates take the same test with the same questions. It contains a total of 225 questions and a time limit of 149 minutes (2 and a half hours) for completion. This format of the ASVAB doesn’t have penalties for wrongly answered questions, so take the best guess if you are unsure of the answer.

The Career Exploration Program is the format of the ASVAB adjusted for students in 10th, 11th, and 12th grade, to help them decide their future career path. Even though this test primarily assesses the compatibility and knowledge of students for military job options, it’s also successful at determining compatibility for civilian careers.

The CEP ASVAB can be administered as a computer or a pen&paper test. The results are sent back to the schools, and the reports are shared with the students.

Taking the CEP ASVAB doesn’t necessarily mean that the student opts for a military job; their ASVAB scores can be used for enlistment if they are in 11th or 12th grade, but only if the student chooses.

Best Practice Materials To Prepare For The ASVAB

As the most experienced and advanced test preparation platform, Job Test Prep has ASVAB practice materials that can thoroughly prepare for the actual ASVAB.

Furthermore, on their website, with the premium membership, you can also get close to 60 different full-length practice tests for the ASVAB sub-tests:

What Is The ASVAB Test Used For? 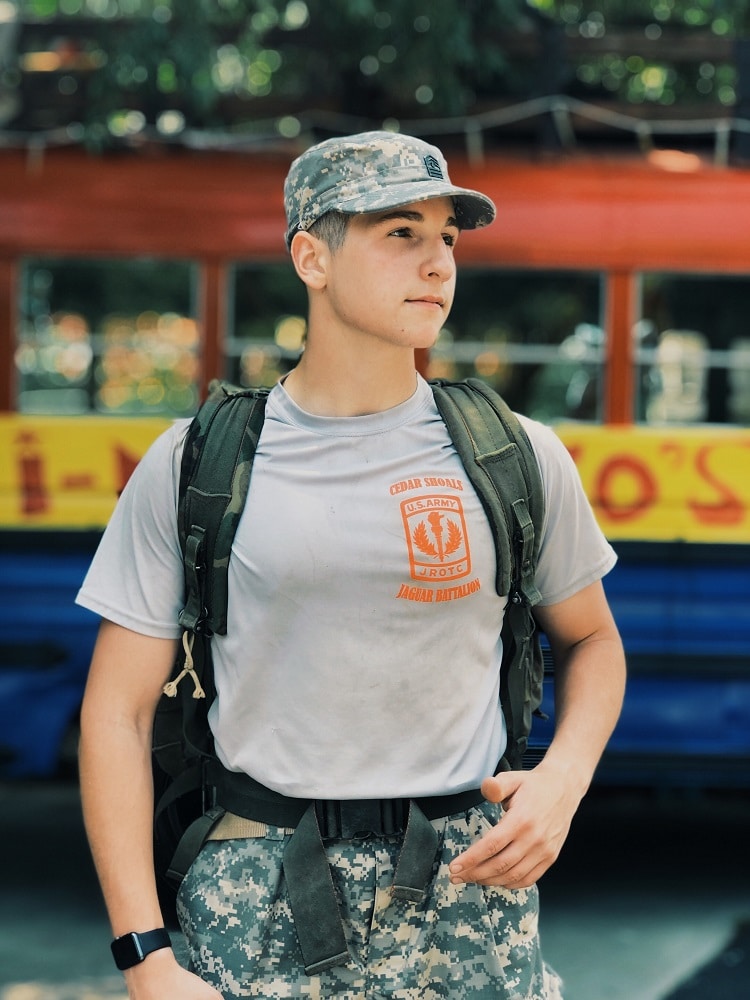 If taken as part of the CEP program for students, the ASVAB test can give direction to students about their academic proficiency, cognitive abilities, and suitable career paths based on personal preference or affinities.

Does Everyone In The Military Take The ASVAB?

The following military branches have a mandatory ASVAB test:

Candidates for these branches are later appointed to different job positions based on the overall ASVAB scores. Their strong cognitive sides are demonstrated on the different ASVAB subtest scores.

The ASVAB test is a battery, meaning that it is a set of different individual tests that measure different cognitive abilities in candidates.

The ASVAB test has 4 subtests (Verbal, Mathematical, Spatial, and Technical.) Each of these subtests has a different number of abilities tested, so the final count of measured skills in the whole ASVAB test is 10 for CAT-ASVAB and 9 for P&P-ASVAB (two subtests are merged into one in this format.)

The ASVAB Math subtest has two categories of questions too:

The Science and Technical part of the ASVAB is the most extensive and contains 5 domains of questions:

The Auto Information and Shop Information subcategories are merged into one subcategory on the P&P-ASVAB. Nonetheless, on both test formats (CAT-ASVAB and P&P-ASVAB,) these two sections are presented with one combined score.

The Spatial sub-test of the ASVAB has only one subtest called Assembling Objects.

To learn more about each of the subtests on the ASVAB test, visit the Job Test Prep ASVAB article on the subject.

The ASVAB test is a valuable tool for both schools and military agencies to determine students’ and military candidates’ skills and competency.

In a military setting, the ASVAB test, especially its AFQT score, is used to determine the abilities and competencies of each military candidate and, thus, the job positions that he or she might be suitable for.

The ASVAB test is complex, and if you want to pass it with the highest ASVAB score, you need to dedicate a lot of time and effort to practice. Job Test Prep is the most experienced online library for practice materials and can offer you the best ASVAB practice materials.

Victoria (or Viki) is a Freelance Writer, Psychologist, and Gestalt Therapy Consultant. With years of experience in higher education as well as counselling others, she is well-placed to offer expert advice on guiding others up the career ladder.